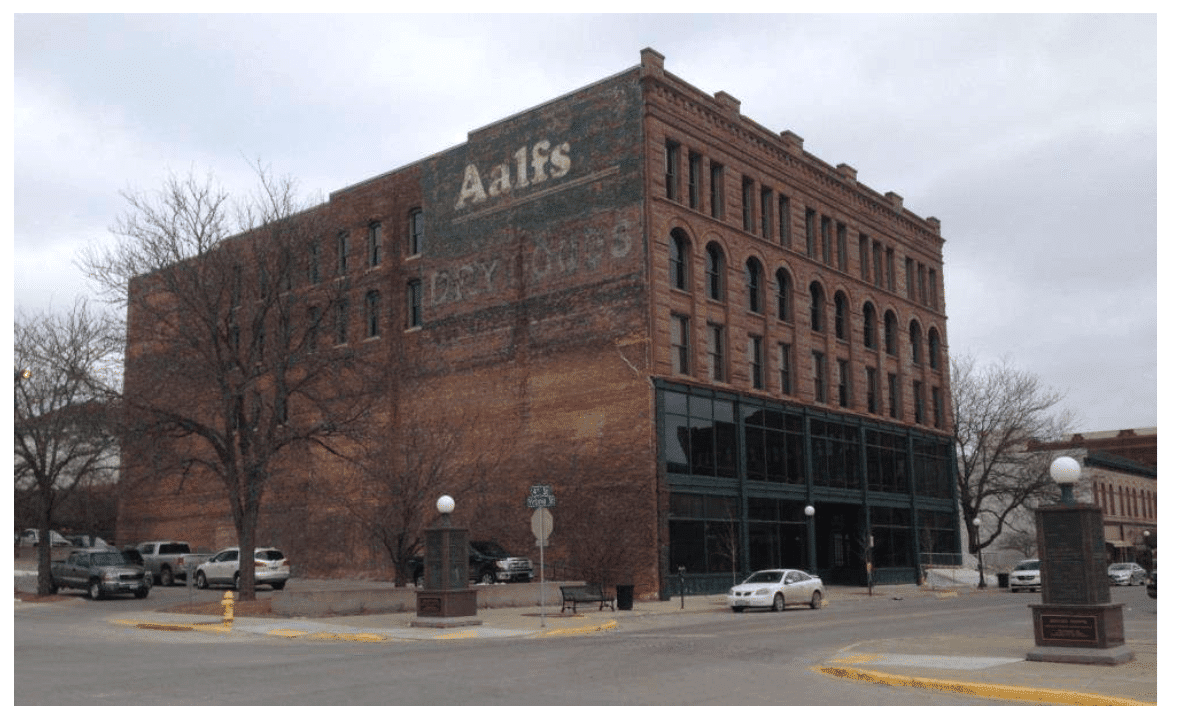 BDB Waterproofing was asked by Aalfs Manufacturing to inspect their facility regarding movement and cracks within the historic building, which was built in 1890. It was found that the east side of the building had up to 6 inches of settlement. The five-story brick building rests on a large foundation composed of layers of concrete, limestone and granite, supported by timber piles that have deteriorated over time. A plan was made to underpin the settling foundation using SafeBaseTM 3.5” Commercial Duty Push Piers. Piers were to be placed approximately 5’ on center of the interior and exterior of the foundation along the eastern wall, including the northeast and southeast corners.

The exterior of the foundation was excavated to a depth of approximately 15 feet, and a temporary shelter was built to keep the area heated and protected from the elements. During excavation, glass windows were removed and blocked in and footing preparation was started. At the location of each pier, a hole was dug by hand to gain access to the bottom of the footing, and the footing was chipped smooth to allow installation of the bracket and hydraulics.

With all the piers installed, sets of hydraulic pumps and hoses were set up and connected to the series of lift cylinders on the interior and exterior of the foundation. A number of lasers were set up on the interior to monitor the lift throughout the structure. A portion of the settlement was recovered, and the building was stabilized in a level, functional position.

On the interior, the concrete slab in the basement was removed along the perimeter. Holes were dug by hand at the location of each pier and the footing was prepared to accept the bracket, ram and lift cylinder.

Each pier was installed to a depth of 30 to 37 feet with a force of approximately 67 kips per pier. The estimated load of the structure on each pier was 47 kips. The ultimate capacity of the SafeBaseTM 3.5” Commercial Duty Push Pier and Bracket Assembly is 101 kips. A total of 67 piers were used, 31 on the interior and 36 on the exterior. Installation was completed during the month of February.

“SafeBasements, Inc. would like to thank BDB for their excellent work in restoration of Aalfs Manufacturing facility. Lifting structures of this size and age requires careful planning and delicate execution. BDB’s performance sets the standard for difficult lifts.”